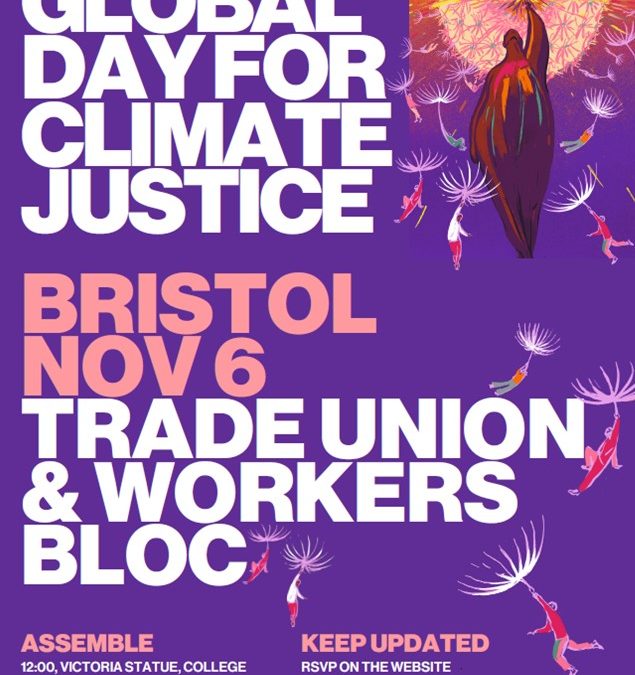 “Workers make the world turn. We deserve good jobs and a liveable future!”

Join us as we stand alongside trade unions and workers across Britain and around the world to demand a fast, fair and worker-led just transition. 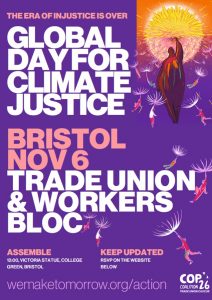 This November, world leaders will gather in Glasgow for the COP26 global climate summit to plan our future.

COP26 is happening at a crucial moment in history. Working people up and down this country and across theworld are paying the price despite doing the least to cause the climate crisis. Justice won’t be handed to us by world leaders or delivered by corporations. Workers make the world turn and we all deserve good jobs and a liveable future. The solutions to the climate crisis must not leave anyone behind and must build a fairer world in the process.

On November 6 we will be on the streets sending a loud and clear message to the world leaders discussing our future: we need a worker-led just transition now! We need all hands on deck: in workplaces, communities, schools, hospitals right across the UK (see all the demonstrations on our interactive map). Bring your branch and coworkers to march with the Trade Union and Workers Bloc on the Global Day for Climate Justice on November 6.

Join UNISON in the Trade Union & Workers Bloc on the Bristol COP26 Demo on 6 November.

We will be meeting at 12noon at the Queen Victoria Statue on College Green.